It’s not uncommon for a sports analyst to say that a certain player is putting up “video game numbers.” Well, that saying doesn’t really apply to Stephen Curry the way it does for other players. It actually undersells what the reigning NBA MVP is doing this season. In an interview with Forbes, Mike Wang, the ...

Defending Steph Curry is a bit like navigating rain without an umbrella. There are conflicting theories on the best way to do ...

With 51 points in another Warriors win, Steph Curry is becoming legendary 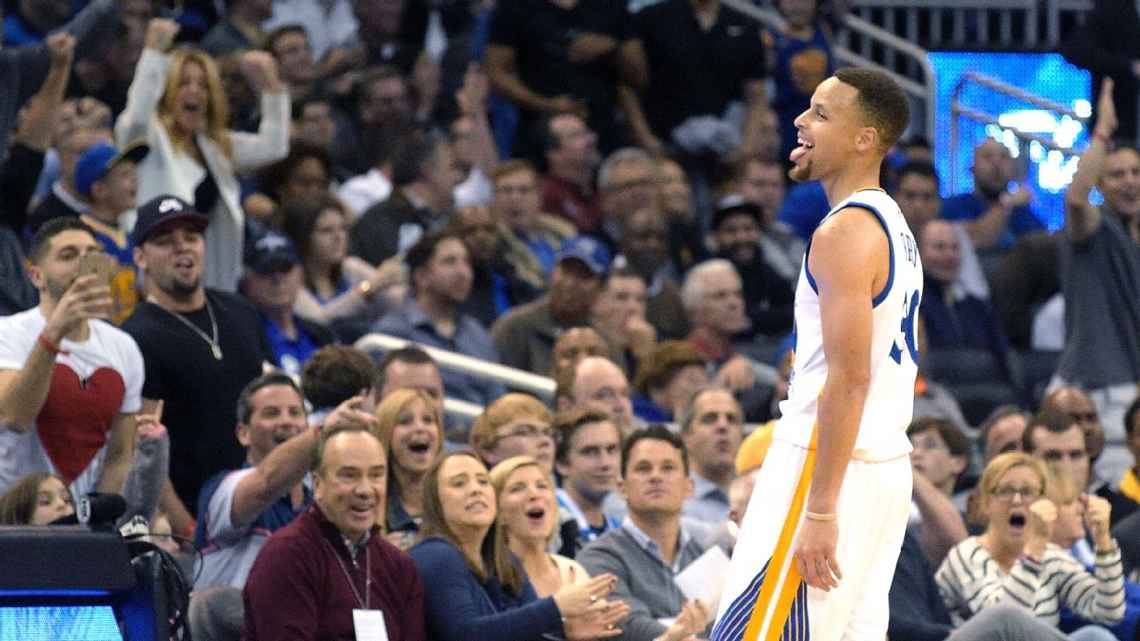 Another game, another onslaught of casually delivered impossibility from Stephen Curry. His 51 points (aided by only a single free throw) lifted a tired Golden State Warriors squad over the Orlando Magic 130-114. He did it on the second night of a back-to-back, having just scored 42 points in Miami. In that game, Curry merely hit a 40-foot shot to beat the first-quarter ... Stephen Curry had himself a night Thursday. Well, pretty much every night this season, Steph Curry has had a night. But Thursday he set a record for most consecutive games with a made 3-pointer, he scored 51 points in the Warriors' 130-114 victory over the Orlando Magic, and he knocked down ...

NBA MVP: the only ways anyone can stop Steph Curry from winning this year 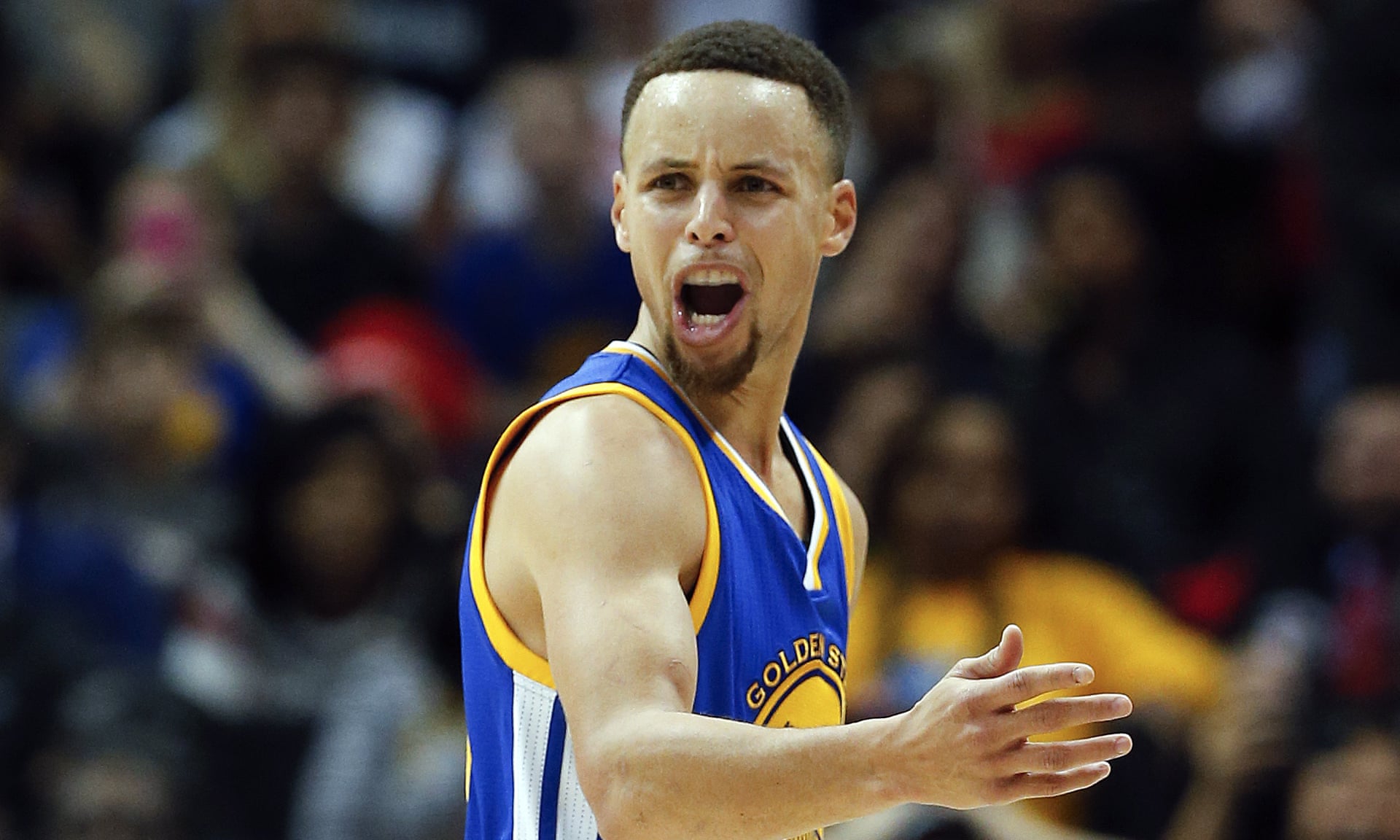 Anthony Davis had 59 points and 20 rebounds in the New Orleans Pelicans’ 111-106 win over the Detroit Pistons on Sunday. It may have been the most impressive offensive performance of the year, but, unfortunately for Davis, it came far too late to resurrect what was supposed to be his ...

Join in the Conversation

Born in Ohio in 1988 to former NBA player Dell Curry, Stephen Curry garnered national attention for his impressive play at Davidson College. Drafted in 2009 by the Golden State Warriors, he developed into one of pro basketball's top players with his stellar shooting skills. After winning Most Valuable Player honors in 2015, he led the Warriors to their first NBA championship in 40 years.

Wardell Stephen Curry II was born on March 14, 1988, in Akron, Ohio, but mainly grew up in Charlotte, North Carolina. The oldest son of former NBA player Dell Curry, the junior Curry learned the fundamentals of basketball by watching and practicing with his father. However, it was mom Sonya, a former Division I volleyball star, who instilled the discipline to train in her son while Dell Sr. was with his team on road trips.
Lightly recruited by major college basketball programs despite a standout career at Charlotte Christian School, Curry enrolled at tiny Davidson College near his hometown. He immediately showcased his skills by scoring 32 points against the University of Michigan in his second game and wound up earning Southern Conference freshman of the year honors.

"Make it work no matter what you have to work with – that’s something that stuck with me very early on as a point guard. Adjust. Get creative. Try a different angle, a different lane, a different move or a different shot – just make it work." - Stephen Curry

Curry became a national star in March of his sophomore year, when he carried the Wildcats to a berth in the regional finals of the NCAA tournament with a series of high-scoring performances. After leading the nation with an average of 28.6 points per game as a junior, the All-American was selected with the seventh pick of the 2009 NBA Draft by the Golden State Warriors.

Despite his slight frame and boyish looks, Curry proved more than capable of handling the NBA opposition with his shooting and ball-handling abilities. The 6'3" guard averaged more than 22 points per game after the 2010 All-Star break, and wound up finishing second in the Rookie of the Year balloting. His impressive play earned him a spot on the USA Men's Basketball Senior National Team, which won the gold medal at the 2010 World Championships.
Curry sustained a sprained ankle while practicing with the national team, an injury that lingered for the following two seasons. A return to full health allowed him to regain his dazzling form in 2012-13, and Curry responded by setting an NBA record with 272 three-pointers. Named the Western Conference Player of the Month in April, he followed by leading the Warriors to an upset against the Denver Nuggets in the first round of the playoffs.
After earning his first All-Star nod in 2014, Curry reached new levels of performance and popularity the following season. As one half of the "Splash Brothers" duo, which also featured sharpshooting guard Klay Thompson, Curry led an exciting Warriors team to an early 16-game win streak and was the leading vote-getter for the 2015 All-Star Game.
Curry went on to set a new record with 286 three-pointers and led the league in steals, an impressive all-around display that garnered him the Most Valuable Player Award. He then capped a memorable season by helping the Warriors knock off LeBron James and the Cleveland Cavaliers in the NBA finals, giving the team its first championship since 1975.

Curry has two siblings: Brother Seth also went on to a career in professional basketball after starring at Duke University, and sister Sydel became a volleyball player at Elon University.
Curry married his college sweetheart, Ayesha, in July 2011. One year later they had their first child, a daughter named Riley.
Since his time as a student at Davidson, Curry has been involved with the United Nations Foundation's Nothing But Nets campaign, which distributes insecticide-treated mosquito nets across Africa to help combat malaria. The NBA star also raises resources for schools through the Stephen Curry Foundation and annually hosts a pair of charity golf events.

Get your official Curry gear 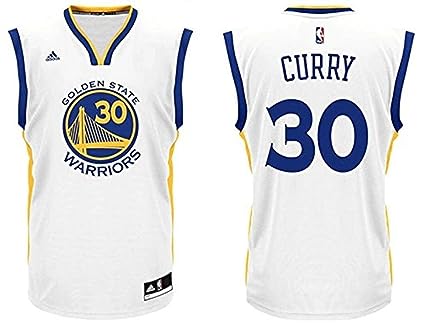