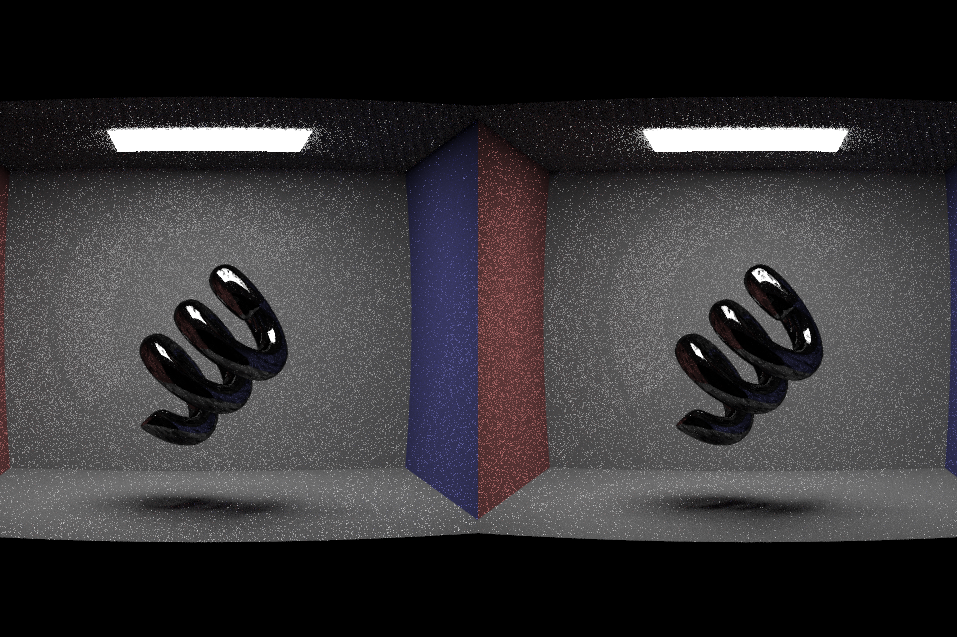 Note: Code has been copied to Cyrus Tabrizi (ctabrizi) 's 15-462 folder under the directory called "/final"

For our computer graphics final project, we added virtual reality support to Scotty3D! We modified the application user interface to support VR-related functionality, particularly a stereo camera, and added a stereo rendering mode that renders two images side-by-side with distortion such that they can be viewed in a VR headset such as a Google Cardboard. Listed below are some details of our implementation and how to use ScottyVR.

ScottyVR can be used normally for most normal editing tasks. However, if you wish to render a stereo camera and view the result in a headset like Google Cardboard, we found that the best result to view renders in VR (rather than manually transferring the photos to a phone) is to use a remote desktop app (VNC viewer, for example) on your phone, and simply maximize the ScottyVR render window on the computer. This should help get a preview of what renders will look like when, for example, a full video is rendered and transferred to a mobile device. It's also really convenient. It's important to note that depending on the size and proportions of your monitor and phone, the parameters used for stereo may need to be readjusted. This is because the distance between the center of the lenses on the cardboard remains fixed globally, but the centers of the views in the image may change depending on how they were captured and displayed.

In the project proposal, we stated that we will modify the viewer to display two camera views side by side. However, we determined that having two stereo views slightly offset from each other in normal operation of Scotty3D would be extremely confusing to the user. Therefore, we decided to only show a single view of the stereo camera in regular use, opting to display the full stereo view when a render is requested from a stereo camera.

Currently, there are no stereo-specific optimizations being performed as each view is rendered completely separately. One could imagine a scenario where the closeness of the camera origins to each other could be used to improve ray-geometry intersection performance in the same way one might do so when sampling multiple rays per pixel (which has not been implemented either).

We have rendered a stereo video and put it on YouTube (embedded below). It can be viewed simply by watching it fullscreen on a Google Cardboard. Reminder, there is obviously no head tracking! Also, other VR headsets may not have the same physical properties of the Cardboard and may not be compatible. 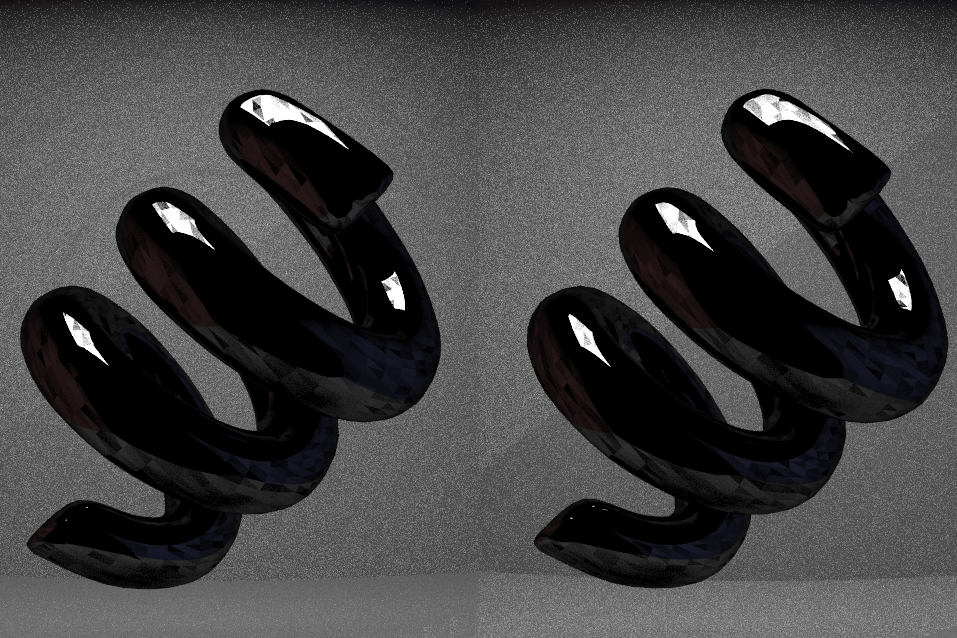 Above: Example output used on CBcoil.dae 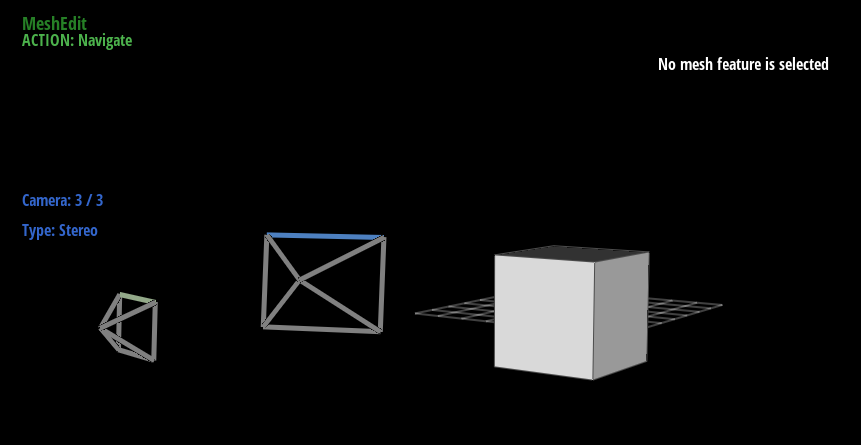 Above: Shown above are the labels showing which camera is currently enabled as well as the OpenGL wireframe around the other cameras. 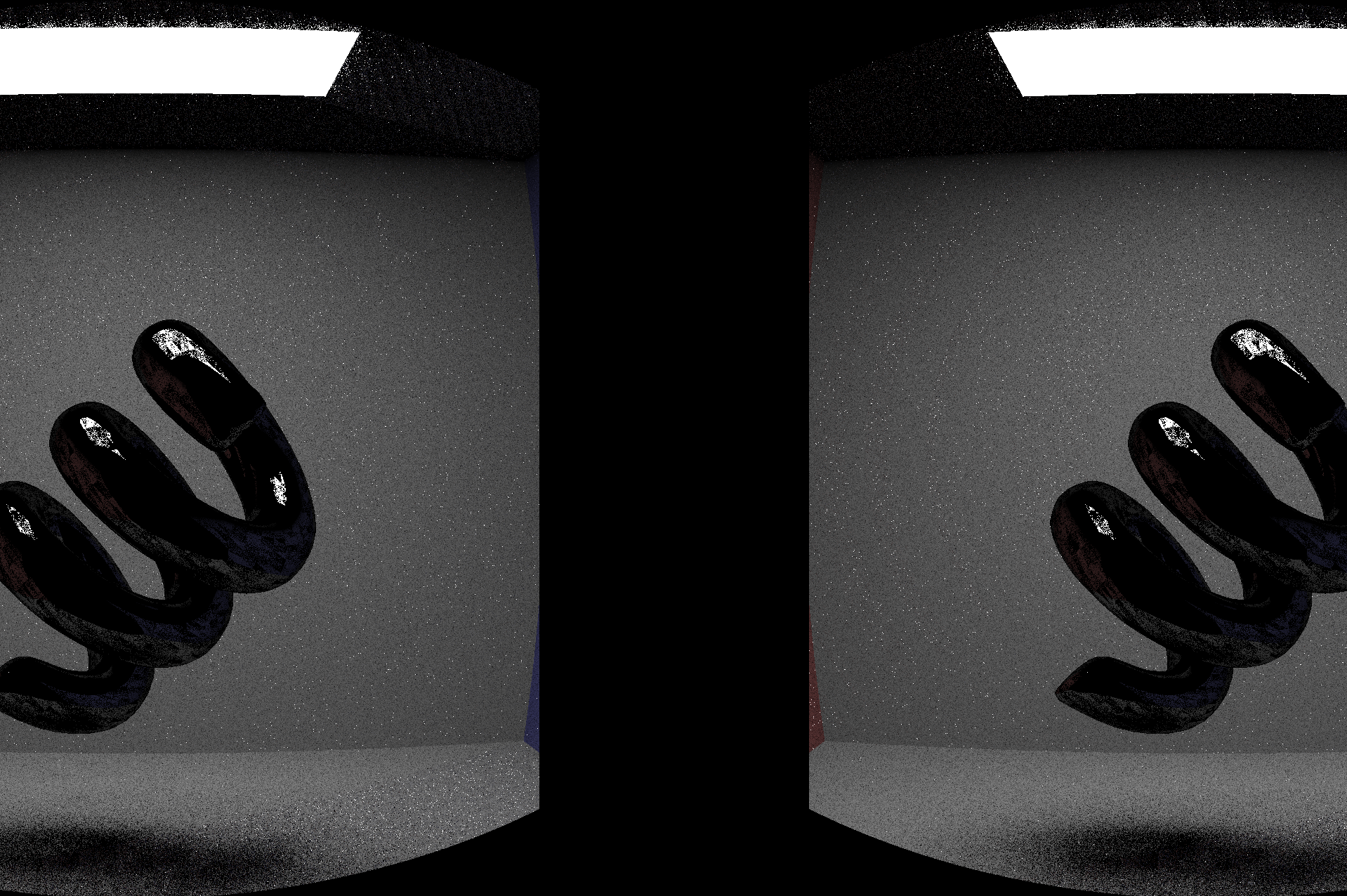 Above: The views of the left and right eye are separated as a percentage of the screen. Here, the separation was left blank. 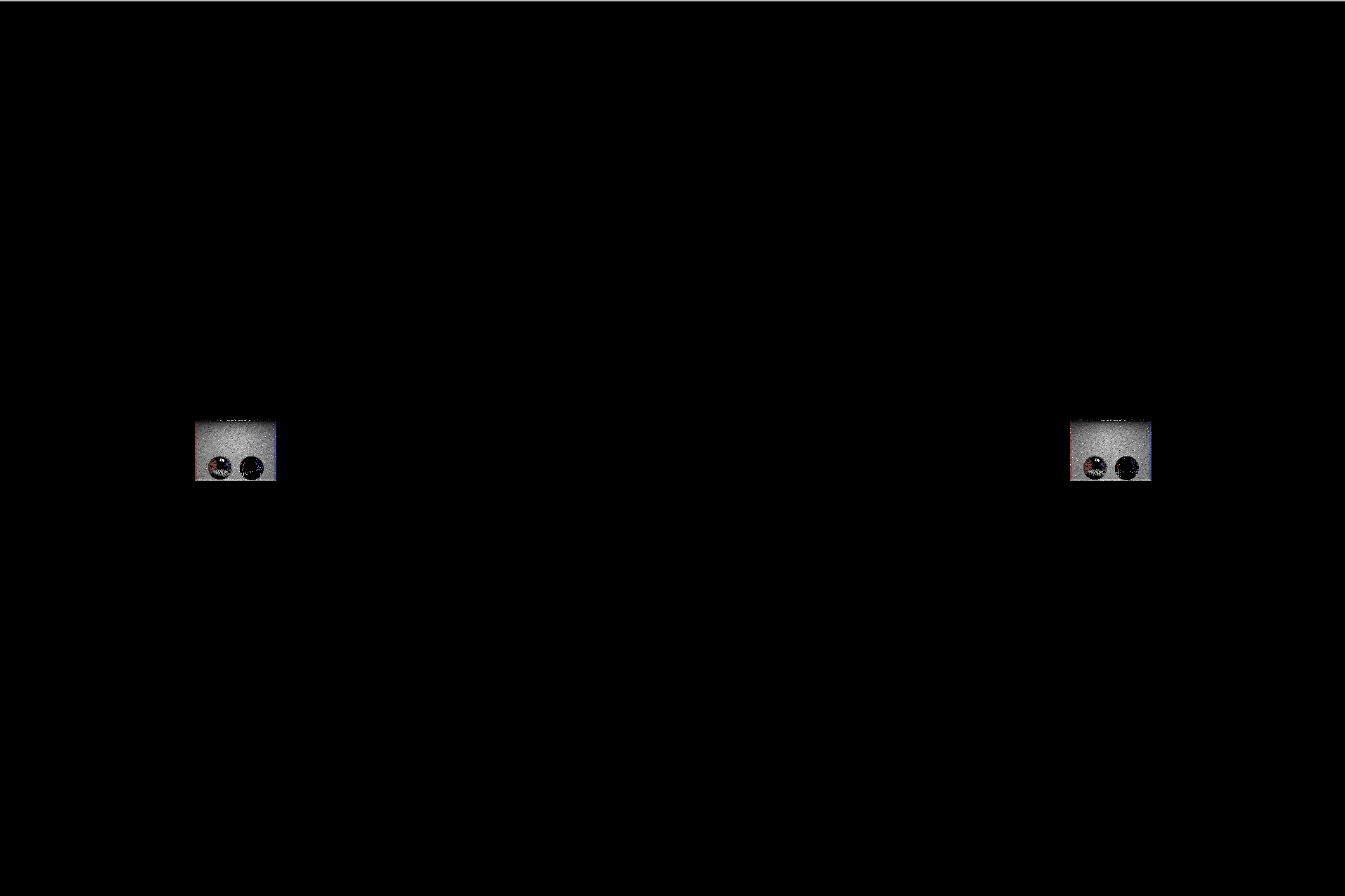 Above: An attempt at calibrating the eye separation parameters by positioning the scene far away from the camera! 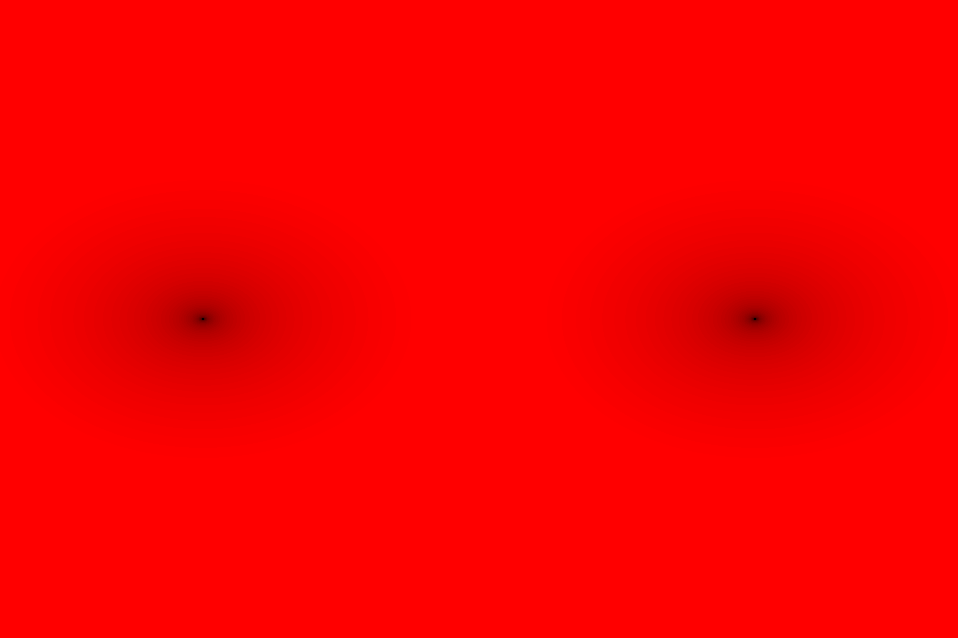 Above: Replaced the pixel value with the red channel proportional to the number of rays sampled per pixel. It's highest around the black points. 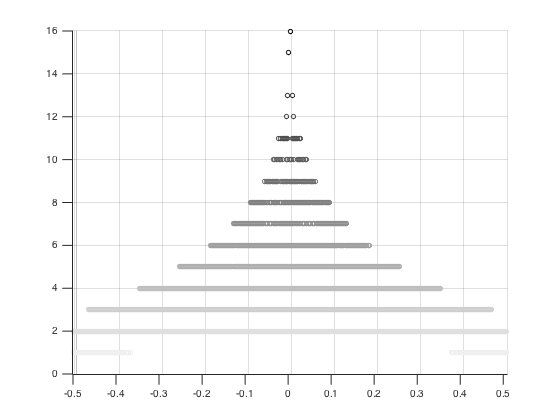 Above: distribution used for foveated rendering! The z-axis represents the number of sample rays traced and averaged for a given pixel. In this case, the maximum ns_aa was 16. The minimum is 1. This is probably too steep of a dropoff but can be changed easily by formula 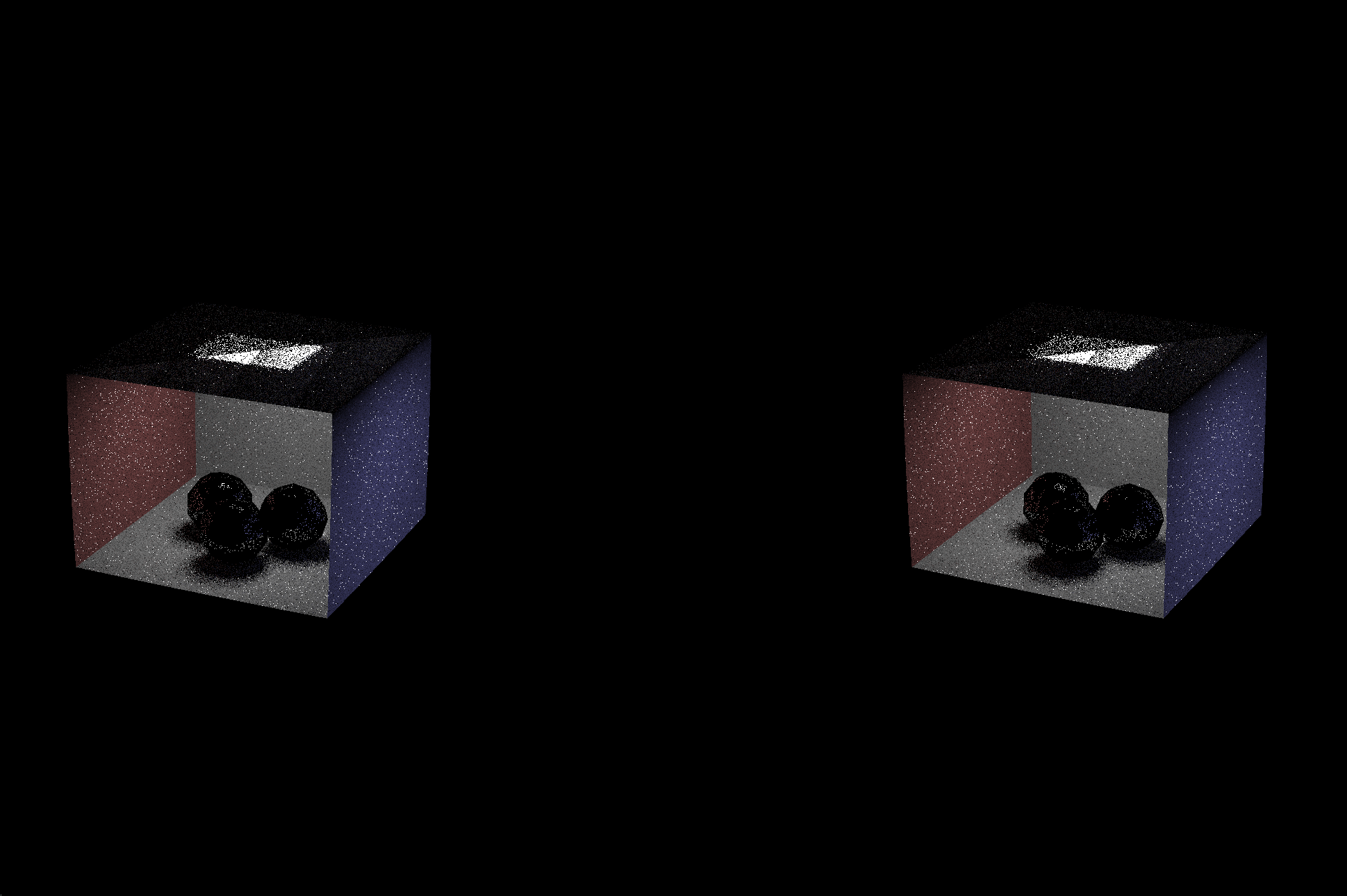 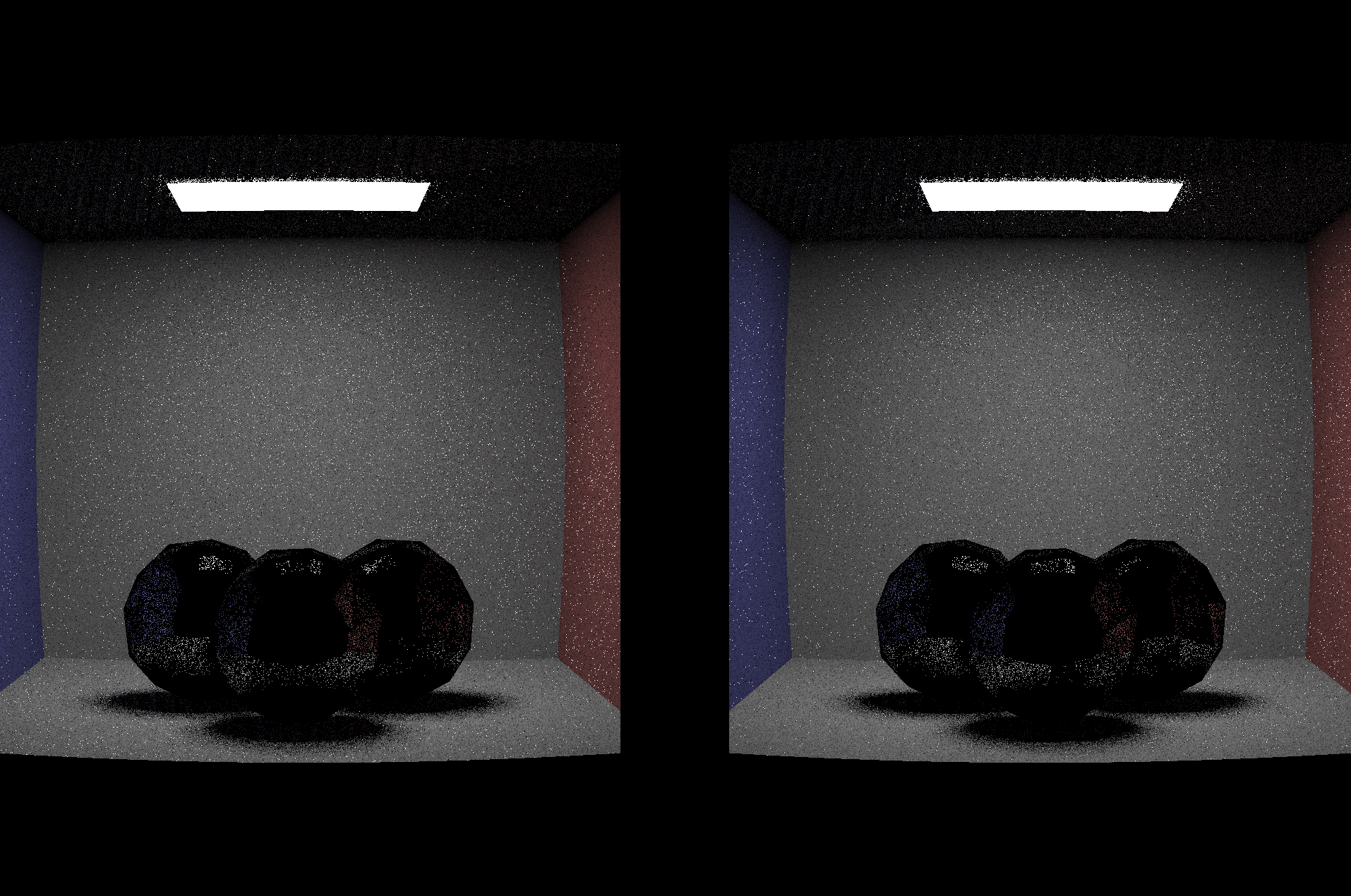 Above: More examples of stereo output.

Even more about VR distortion here and here

For our project, we propose modifying the raytracer in Scotty3D to support generating videos for VR! The goal is to be able to set up a scene (animated or not) and then animate the camera to move around the scene. Then we'll output images like we did for Assignment 4, save the images as a video, load the video on a smartphone and view it with a Google Cardboard headset.

This will mostly involve changes to the code done in Assignments 3 and 4 as specified below: